Standard Condition Takes on Amazon in the Cashierless Store Race

Brought to you by WBR Insights 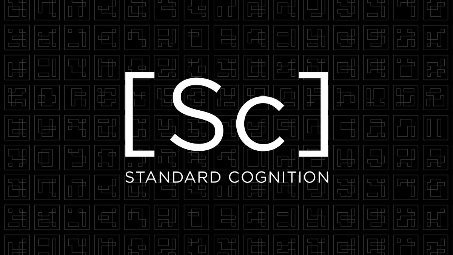 As it is often want to do, Amazon rocked the retail world when it launched its bid to muscle in on the convenience store market early last year.

Not content with the vice-like grip it has over the ecommerce world, Amazon decided it wanted to move into brick and mortar retail and opened the first Amazon Go store in Seattle. The innovative concept behind Amazon Go is that the stores have no checkouts. Instead, customers scan their Amazon app on the way in and products are automatically added to their digital basket as their physical equivalents are removed from the shelves. Once they have everything they need, customers simply exit the shop and their card is charged via the Amazon app.

The concept has proven successful so far with Amazon predicting a further 3,000 Amazon Go locations by 2021, with immediate plans for an additional store in Seattle and new ones in Chicago, New York, and San Francisco.

However, in San Francisco, they may have been beaten to the punch.

Tech startup, Standard Condition has recently opened its first cashierless store in San Francisco. Using its own proprietary AI-powered technology, the innovative company is looking to make sure Amazon isn't the only game in town.

"The Standard team has been an execution machine, meeting or exceeding every goal and working tirelessly to get in front of nearly every major retailer on the globe," said Co-Founder and Managing Partner at Initialized Capital and Standard Cognition investor, Garry Tan. "They have huge technology advantages that are readily apparent to retail clients, and are years ahead of other startups in this space - we think Standard is the most exciting play right now in AI or retail tech."

Unlike Amazon Go, Standard Cognition's cashierless solution requires no special shelving, no RFID chips or packaging changes, and no facial recognition or biometrics. Instead, Standard Cognition uses cameras installed in the ceiling above the shelves which record the items as they are being placed in the shoppers' own bag and payment is taken via the Standard app as they leave the store.

This makes it a matter of simplicity. Existing retailers can install Standard Cognition's technology in their present locations without the need for complete refurbishment. Adding to this advantage, Standard Condition is scalable. You can have extra cameras added as the store grows or when you roll out new merchandising efforts, such as with sales table.

"The industry of autonomous checkout is young, but the potential is as large, if not larger, than other staggeringly large ideas, such as autonomous driving," said Co-Founder and CEO of Standard Cognition, Jordan Fisher. "And, more alluring, the impact is imminent. We're deploying our solution today, not next year, or the year after. In the last 12 months alone, we've had 300 different retailers reach out to us about putting Standard Checkout in their stores. This huge desire will only escalate as we deploy to more and more stores, and as we, as shoppers, come to expect the new convenience of skipping the line entirely."

While Amazon is focusing only on its own stores, Standard Cognition is looking to help other retailers grow.

Standard Market will be treated as a proof-of-concept store and testing ground for Standard Cognition's tech. The store will initially only be open two days a week to gauge popularity, but then potentially expanded to three days after a month or so. To prevent the system from getting confused, only three shoppers will be allowed in the store at any one time. However, once any bugs have been ironed out, this number will be increased along with the opening hours.

"In 2019, consumers will start to see autonomous checkout deployed in their favorite stores, and by 2025, it will be common," said Fisher. "We're seeing in our San Francisco store that shoppers love the convenience, and retailers love the accuracy, cost savings, and customer service advantages. We can't wait to execute on this next stage of Standard's growth."

The cashierless convenience store certainly appears to be one which has legs. With ecommerce giants such as Amazon and smaller tech startups like Standard Cognition getting in on the action, the future looks exciting for this amazing technology.

Cashierless store technology is set to be a hot topic at Future Stores Seattle 2019, being held in June, at The Sheraton, Seattle.

Please download the agenda today for more information and insights.