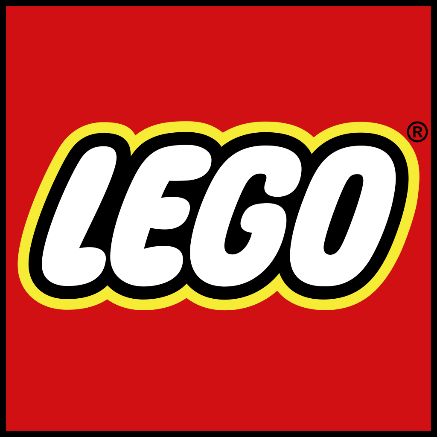 Lego has had a firm grip on the toy industry for nearly a century with its innovative interlocking bricks. However, its new Lego House is poised to offer a totally unique experience.

Lego was founded by carpenter Ole Kirk Christiansen in 1934, and took its name from the Danish phrase, leg godt, meaning play well. An early prototype of its flagship product was invented in 1949 after the company purchased an innovative plastic moulding machine. In 1958, the design was developed further to more closely resemble its current form, allowing for the toy's famous and almost limitless versatility.

Today, Lego's brightly coloured bricks are sold in almost every corner of the globe. Lego has produced sets with an impressive portfolio of acquired licenses, ranging from Marvel Superheroes to Minecraft, and the company has released highly successful Hollywood movies such as The Lego Movie and The Lego Batman Movie. In its 2018 list of the world's most valuable brands, BrandFinance placed Lego at #222.

Lego has already been operating in the theme park industry for many years with its Legoland attractions in Windsor, UK, and Denmark. However, if you visit the small Danish town of Billund today and head to the redbrick house and workshop where the company began life all those years ago, you will find an altogether new kind of Lego visitor experience. 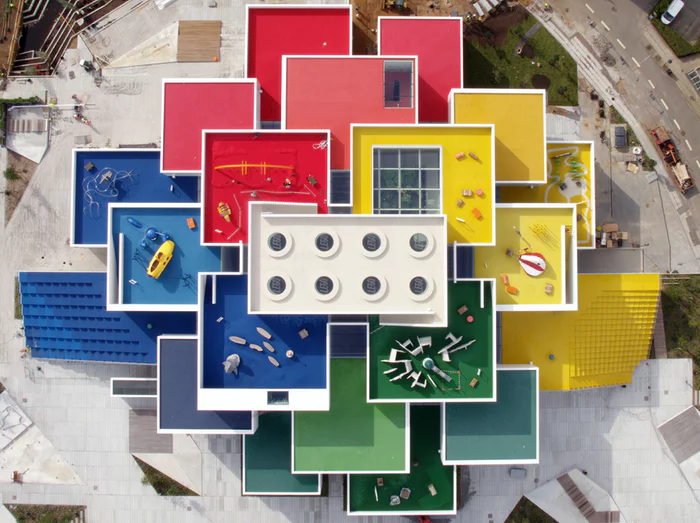 "This had to be a place where even the most hardcore Lego fans would say, 'Wow!'," says Jorgen Vig Knudstorp, Lego CEO. "But it's also about trying to revitalise the town centre, which has been left behind by all the development on the edge of the city, out near the airport. Visitors come to the Legoland and Lalandia theme parks, but they rarely venture into town."

The Lego House contains 13 separate galleries, each filled with a heady mix of interactive technology, as well as building exercises and brick-based fun more in keeping with the company's roots. Speaking of roots, you can even find Lego statues of three generations of the company's founding Christiansen family hanging out on the benches in the House's Lego Town Square. 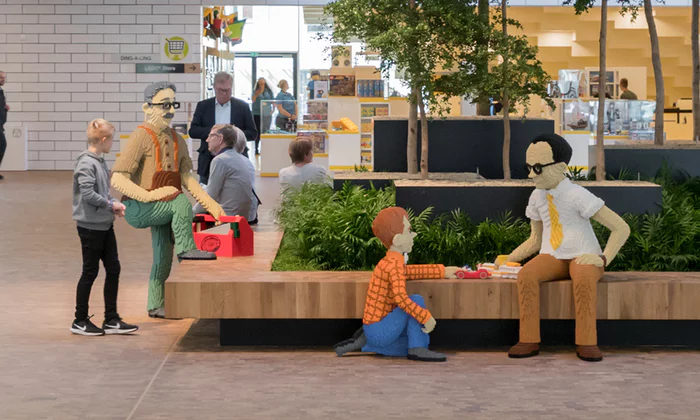 Visitors can try their hands at a range of activities - from Lego town planning, to saving woolly mammoths with Lego Mindstorm robots. The are booths where you can create your own stop-motion animation, and a garage where you can build amazing race cars. Everything you create at The Lego House can then be uploaded to the cloud and enjoyed at anytime on the attraction's proprietary app - which can also be used to tour the Lego House outside of your actual visit.

While the Lego House isn't a store per se, it does of course have one of the brand's own shops on site. Here, visitors can pick and mix from Lego's huge variety of bricks, as well as purchase its famous boxed sets - not to mention a few Lego House exclusive items besides. The store also has a Mosaic Maker, which uses augmented reality (AR) to capture your image and create a full set of instructions, complete with a list of the required bricks, needed to build your own Lego self-portrait. You can also visit the Brickaccino cafe for a drink or spot of lunch, with a Lego twist of course. 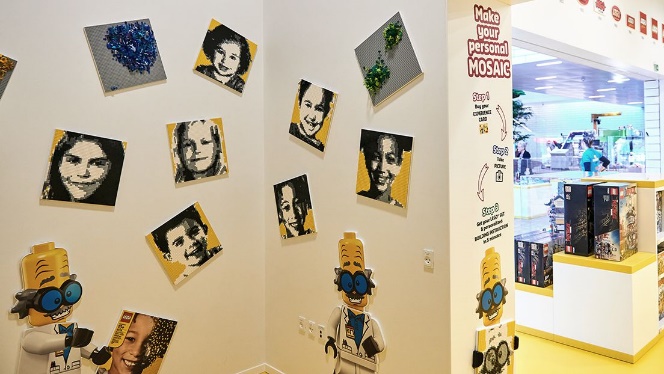 "The mini-figures in the kitchen can't understand us when we speak to them," said a waitress at the cafe. "So, we have to give them your order in the form of Lego bricks. Guests must then assemble their brick lunch, scan it in, then marvel as a Lego lunchbox trundles out of the kitchen, down a spiralling conveyor belt and into their hands, via a pair of humanoid robots."

With the Lego House, Lego has created another wonderful visitor attraction which cements the brand as one built around imagination and innovative thinking.

Discussing the machine which issues a single packet of six red Lego bricks to each visitor as they leave, the final word goes to Lego House Design Executive, Stuart Harris.

"Considering six bricks can be configured in over 915 million ways, it should keep us going for at least the next 3,000 years."