The Internet of Things is growing ever larger, and it was only a matter of time before it got its own dedicated store. Enter B8ta, the company bringing the IoT to the high street.

B8ta was founded by four former Nest employees, Vibhu Norby, William Mintun, and Phillip Raub, and Nick Mann, who had noticed that many Internet of Things startups were struggling to get their products into the hands of their customers. Beginning life in 2015, B8ta was opened to offer a place where tech startups with a focus on connected devices could peddle their wares, and monitor and manage their products' presence.

To date, B8ta has raised $7 million in first-round funding, and has estimated revenues of $1.5 million since launching its concept. The company has achieved these early signs of success with an exciting and innovative store concept.

The Problem with IoT

From the perspective of the consumer, the main issue with new IoT devices is that, since they are often only available to order online, they require something of a leap of faith when purchasing. Without the ability to try the device out, consumers must take the manufacturer's word that it will function in the way the (occasionally hyperbolic) promotional material describes.

"Nest sold a tremendous amount of volume in traditional retail stores," said Vibhu Norby, CEO and Co-Founder of B8ta. "There are thousands of new physical products coming out, but they never touch the shelves of stores. I kept hearing the same problems over and over again - it's too hard and expensive."

This issue is compounded further when you consider that many new IoT devices are brought to market via crowdfunding platforms such as Kickstarter. With crowdfunding, consumers are asked to pay for products well in advance, requiring an even greater leap of faith when putting their money down. "It's a really bad experience as a consumer to put down money first," Norby said. "Sometimes the product takes 18 months to get to market, or never ships."

Beginning with early-adopter cities such as Palo Alto, San Francisco, Seattle and Austin, B8ta set up stores where tech startups could offer their products up to be tried out by the public ahead of making a purchase decision. 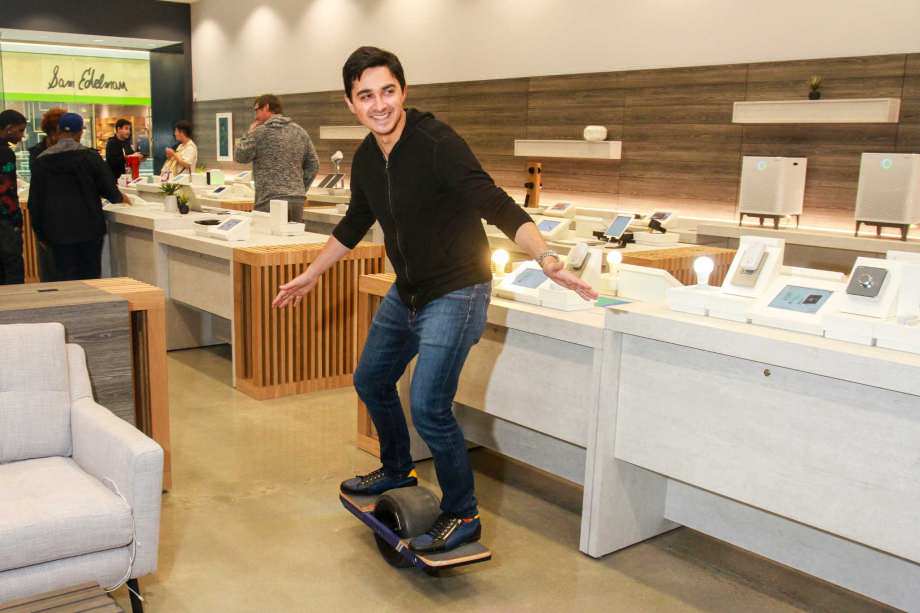 Startups rent space in the store where B8ta employees can assist customers by demoing new and innovative products - including drones, security cameras and virtual reality goggles - and then letting them try out the gadgets for themselves. Customers can then purchase the products in-store, or they can go away to consider their options. B8ta's focus is on customer experience, not the hard sell.

As part of the package, the product developers also gain access to B8ta's proprietary backend software. The software provides entrepreneurs with real-time data on the performance of their products in-store. They can view data which tells them how many people are stopping to check out their products, as well as foot-fall and sales figures. This gives startups the power to experiment with their marketing materials - updated on in-store digital signage in real-time - and get direct feedback on its impact.

"It's almost like 'retail as a service,'" said Norby.

The in-depth data is made possible by the huge number of cameras - 170 in the Galleria store alone - dotted around every B8ta shop. While these cameras are used in their traditional role, their more important function is to mine data. "We are not tracking the person's face, we are tracking the geometry of their face," said Norby. "We hash it, then we watch the hash as it's interacting with products. There's no identification information; this is just a blob doing these behaviors."

It's clear that B8ta has come up with an innovative and (so far) successful way to tackle the issue of selling Internet of Things products online. With a fun and innovative store concept which drives sales through great customer experiences, and backed up by robust and actionable data, B8ta has found a great way to bring the IoT to the high street.

The final word goes to Vibhu Norby , CEO and Co-Founder of B8ta.

"We think we've discovered a really scalable model for retail. But we want to make sure we get the first ones right."

You can hear B8ta's CMO and Co-Founder Philip Raub speak at Future Stores West 2018 in June, at the Sheraton Seattle, WA.