Despite its reputation as an online retail giant, Amazon has now opened its first brick-and-mortar convenience store. But, just how well has the Amazon Go launch gone for the company?

Amazon was started by Jeff Bezos, in 1994. The company was initially founded as Cadabra, Inc. but changed its name to Amazon.com, Inc. after just a few months. Amazon.com's ecommerce store went live in 1995. It began life exclusively selling books online, but now has a product portfolio including almost every type of item possible - from food to furniture.

Today, Amazon is one of the largest companies in the world. The Seattle based retailer is an industry-leader when it comes to innovative technology, and has revenue of $135,987 million, placing it at #12 on the Fortune 500 .

Amazon took the retail industry by surprise when it announced its intention to open a brick-and-mortar convenience store. Now Amazon Go has officially launched, it's time to see how it went.

The concept of Amazon Go is a simple one. The stores offer typical 7-Eleven style fare, including ready-to-eat food items such as sandwiches, potato chips, and confectionary, as well as everyday grocery products. Customers scan their Amazon app when they enter the shop and then simply help themselves to the products on the shelves. Each item has a radio frequency identification (RFID) chip which communicates with the app and builds the shopping list. If a customer changes their mind and places a product back on the shelf the app detects this and removes it. 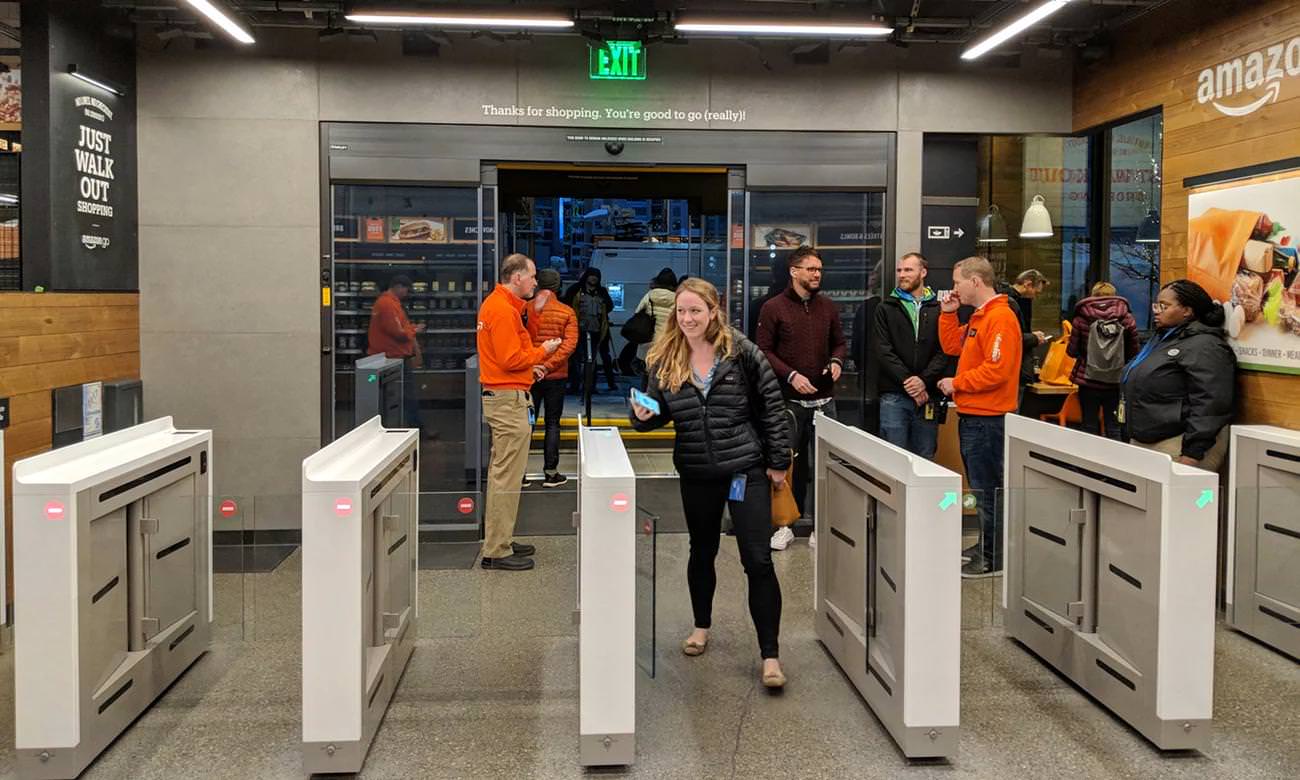 When the customer has finished shopping, they walk out through the same scanners they entered, and the total cost of their list is deducted from their Amazon Pay account. Designed to take the self-service checkout concept to the ultimate extreme, Amazon Go is looking to cause significant disruption to the brick-and-mortar retail industry.

"This feels like the beginning of something really big," said Abrar Ali , an Amazon Go customer who had visited the Seattle-based store on its opening day. "It's at the cutting edge of AI and machine learning and I wanted to experience it for myself." 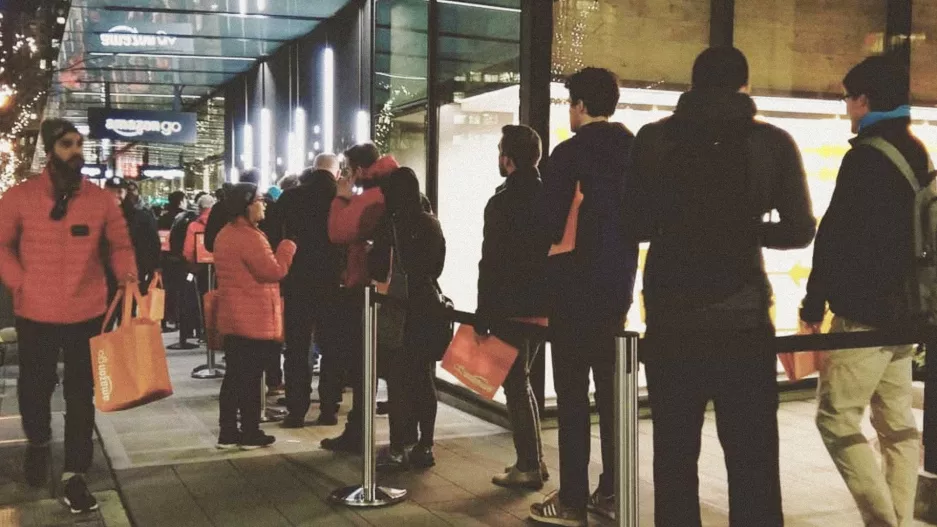 From pictures of the opening day, it's clear that the people of Seattle were keen to try out the innovative store concept for themselves. Although it is somewhat ironic to see such long queues outside a store which was designed to eliminate them inside .

Deeply ironic queuing issues aside, the launch of Amazon Go has been well received. One issue which has arisen from the first day was when one reporter accidentally shoplifted a yoghurt. They had placed several items in their bag, and were charged for all of them except for the single-serve dessert, which was inexplicably dropped from the list. They immediately reported the 'theft' but were told by Amazon to keep the item with its compliments.

"First and foremost, enjoy the yogurt on us," said Vice President of Amazon Go, Gianna Puerini , responding to the reporter. "It happens so rarely that we didn't even bother building in a feature for customers to tell us it happened. So, thanks for being honest and telling us. I've been doing this a year and I have yet to get an error. So, we've tried to make it super easy on the rare occasion that does happen either to remove it or enjoy breakfast on us."

On the subject of refunds, some consumers have reported that faulty or unwanted products can be confusing to return to the store - you select an option and get a no-questions-asked instant refund, and are then instructed to hand the product to an in-store associate. However, though it may simply be a result of associates being busy outside the store due to the business of launch day, some customers reported that it was hard to find one who was available.

One place you could be guaranteed to find an associate was in the beers, wines, and spirits section. A member of staff is present to check IDs ahead of allowing customers to select alcoholic products.

It's clear Amazon Go is off to a good start, but it will remain to be seen whether it can be a truly disruptive force in the convenience store industry as the concept is gradually rolled out nationwide.

"The technology has been working great, free yogurts aside. Jeff [Bezos] has been aware. He loves the store - he definitely has shopped it. He's been super supportive and wonderful."

Amazon Go is set to be a hot topic at Future Stores West 2018 in June, at the Sheraton Seattle, WA.