Digital technology, such as virtual and augmented reality , is at the frontline of creating the in-store experiences of the future. Cosmetics giant L'Oreal is putting itself in the vanguard of this trend with three great new innovations.

L'Oreal began life when French chemist, Eugene Paul Louis Schueller, created a revolutionary hair dye formula which he named Aureale. Schueller started out creating his own products and selling them to Parisian hairdressers, and in 1919 registered his company under the name Societe Francaise de Teintures Inoffensives pour Cheveux. The company eventually changed its name to L'Oreal, and, by 1984, had employed over 1,000 chemists.

Today, that number has grown to 20,000, and L'Oreal is one of the largest cosmetics companies in the world. It has revenue of over $28,572, placing L'Oreal at #379 on the Fortune Global 500. To maintain its position at the top of its industry, L'Oreal has had to constantly innovate, and in 2018 that means using digital technology to augment its in-store experiences.

Until relatively recently, L'Oreal had kept true to its roots in supplying its products for other retail companies to sell. However, the company now has its own branded retail locations , in its home city of Paris, and all over the world. L'Oreal stores offer such services as having beauty advisers on-hand to help clients, and digital features designed to improve the customer experience, including the Nail Genius and Makeup Genius apps. 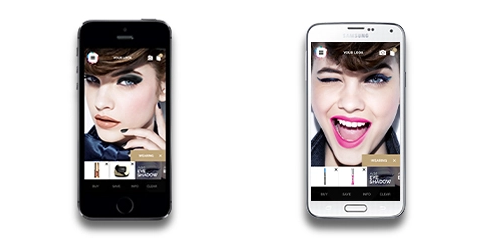 The Genius apps allow customers to use their smartphone cameras to snap pictures of themselves and apply virtual L'Oreal products - such as lipsticks and nail polishes - onto the image. The augmented reality technology behind the app also allows customers to turn their head to view the appearance of the products from different angles. Many customers have a problem with visualizing how products will appear on their own skin or nails, and it may not always be desirable to use samples. The app technology gives users a way to test L'Oreal products virtually, ahead of making a purchase decision.

A press release from L'Oreal said, "Did you ever imagine you could try on hundreds of looks in a matter of minutes? The latest revolution from L'Oreal Paris: virtual reality makeup that lets you apply every look and product to your image. Smile, change your expression, move your head - the makeup will follow! The result is stunning, just as if you're wearing it."

Using augmented reality technology developed by Alibaba , L'Oreal has installed interactive devices in its Shanghai, Wuhan, and Changsha boutiques. Dubbed " Magic Mirrors ," the devices build on the functionality in the Genius apps, but with the added fun of being able to look in a real mirror. 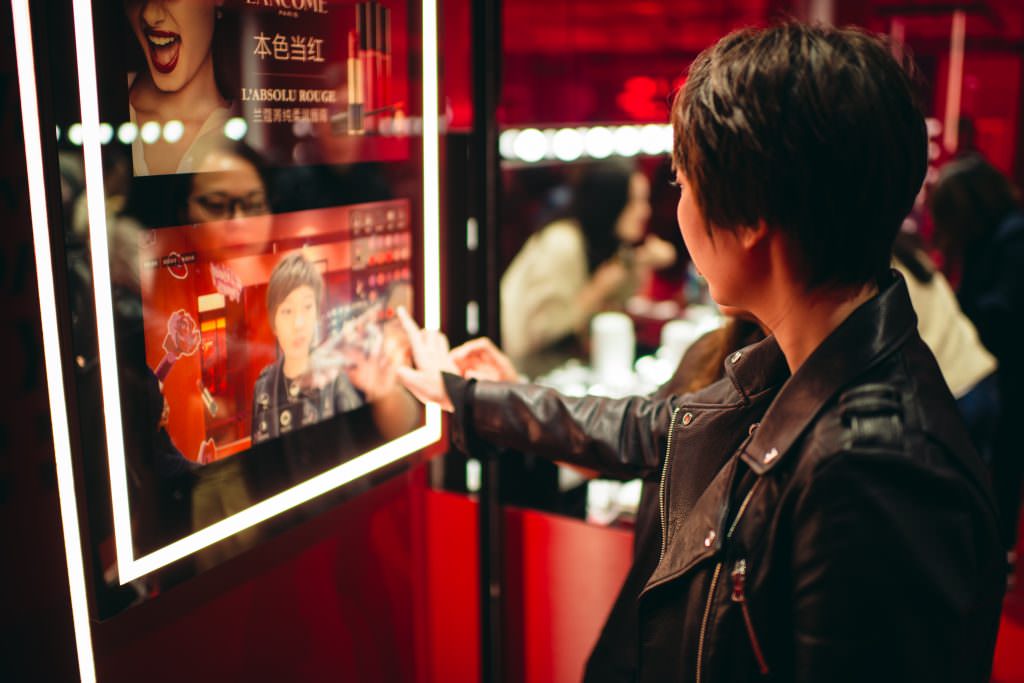 Customers simply stand in front of the mirror and try on different shades of makeup. As with the app, they can turn their head to view the image from different angles. However, unlike the app, the Magic Mirror allows customers to order the products they think look the best directly from the device, which will then be dispatched directly from L'Oreal's Chinese e-store on Tmall.com to the customers address. This allows customers to access the full range of L'Oreal products, whether they are in-stock at the retail location or not.

Customers can also play an augmented reality game using their smartphones called Catch the Cat . In the game, users try and find the Tmall black cat mascot hiding in the L'Oreal stores. Once a customer has captured the elusive feline, they earn special promotion prizes and coupons for the L'Oreal online store.

It's clear L'Oreal is just as excited by the opportunities presented by virtual and augmented reality as consumers are. With its current innovations making waves in both Europe and Asia, it will be interesting to see what other applications brands like L'Oreal can create to leverage this new technology, and which other corners of the globe they'll be brought to.

"For over a century, L'Oreal has been a standard-bearer for beauty and glamor. Now, it has also stands out as an early adopter of [omnichannel] in China, that weaves online and offline shopping into one seamless interactive experience for consumers. Thanks to e-commerce and thanks to Alibaba technology, we can literally bring Paris to the Chinese consumers."